In case you're not familiar with arbitration as a dispute resolution process, there are many benefits in resolving a business dispute by arbitration instead of litigation in a courtroom setting:

First, in binding arbitration, the result is final and cannot be appealed.  This gives both parties the assurance that the case will not drag on indefinitely while running up costs.

Second, because the rules and process are much simpler than in litigation, it is quicker and therefore can be less expensive.  For example, there is none of the endless discovery and depositions common in litigation; only an exchange of key documents is generally permitted.

Third, unlike a courtroom where those sitting judgment on a jury may have no idea about the subject matter, in an arbitration, the parties can pick arbitrators who are knowledgeable about the technology or business matters under dispute.  This is a particularly important decision when the dispute involves high-technology, and can help produce a more equitable award.

Fourth, in commercial arbitration, it is the contract and the applicable rules that govern the process, not established or arbitrary rules of evidence.  This basis removes uncertainty from what to expect and simplifies the conduct of the hearing.  The rules most often used are those of the American Arbitration Association (AAA).​

One of the most important aspects in the rules that are agreed-to by the parties, is the number of arbitrators on the panel, and how they are to be selected.  Usually, the larger the case, the more arbitrators are used, and it is often an odd number (1 or 3).

And last, the case will need to be administered; that is, organizing the exchange of evidence, billing the parties, etc.  The administration of the case may be performed by the AAA, or by myself. 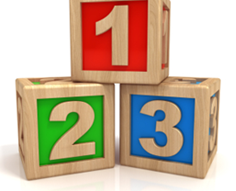